Best of the archives

Munich classics: Best of the archives

Spending too much time at home often also means spending too much time in front of the TV or messing about on your smartphone. These shows are perfect examples of how you can not only banish the boredom with the current wealth of archives plus what's showing on YouTube, but also bring a real sense of Munich's attitude to life into your home.

The red-headed goblin could well be Munich's most prominent child – he's certainly the city's craziest. When you hear Pumuckl speak as an adult, you vacillate between astonishment and a wry smile. His new,y made-up words and repetitions, his grating voice (spoken by dubbing legend Hans Clarin) and his rhyming orgies are a real challenge - for the audience, but above all for Pumuckl's stoic foster father Master Eder. Children of course love the cheeky goblin, because he is always up to pranks and maintains his extremely good humour. Adults watching the series, however, sometimes wonder what stimulant the red-headed gnome has been given. Pumuckl is a cult, and Master Eder is the prototype of the warm and welcoming typical Bavarian who is not ruffled by anything and who speaks such a beautiful Munich dialect rarely heard in the city today. Right down to the smallest supporting role and the set (women in traditional aprons, geraniums on the balconies), this series paints a nostalgic and peaceful picture of an easy-going Munich in the 80s, which is lovingly remembered for 25 minutes.

"Wer reinkommt, ist drin" (Whoever comes is in) – this is not only the name of the first episode of this six-part series by directing legend Helmut Dietl, it is also the work ethic of the tabloid reporter Baby Schimmerlos. Never before or since has Munich's smart set been captured so authentically on film. Particularly unforgettable is the guest appearance by Mario Adorf in episode 1, playing an egotistical managing director seeking to buy the tabloid reporter's loyalty with money. (Quote: "Ich scheiß dich so was von zu mit meinem Geld, dass du keine ruhige Minute mehr hast." ("I'll do all that shit to you with my money until you don't have a moment's peace."). Much of 'Kir Royal' is pure Munich: from the music composed by Konstantin Wecker to the starring role played by Franz Xaver Kroetz who was born in the state capital – and the countless shots of the Bayerischer Hof (Bavarian courtyard), the Friedensengel (Angel of Peace) and the Bavaria (statue). But most of all Dietl shows, as he did in his other cult series 'Monaco Franze' (all episodes are currently available on YouTube by the way), that comedy and tragedy are often very closely related and that the best insult is often the most honest.

Have you heard? Years later, BR is repeating all the episodes of this series in sketch form; winner of the Adolf-Grimme award, it shows the Bavarian satirist Gerhard Polt at his most perceptive and thus at his best. In this satirical classic, Polt makes fun of the nouveau riche and the bourgeois and critically comments on still current topics such as gentrification and xenophobia. Together with his equally funny partner Gisela Schneeberger, Polt takes a dig at the paradoxes of everyday life - and the nastiness of his fellow citizens. 'Fast wia im richtigen Leben' (Almost like real life) is without a doubt hilarious, even if your laughter gets stuck in your throat sometimes . Plus, the guest roles are played by a who’s who of Bavaria's stars of the early 80s, including Helmut Fischer, Ruth Drexel and Hans Brenner.

The coronavirus crisis is hitting the people of Munich particularly hard now that spring is here because that's when they'd be getting out: sitting outside in a beer garden, by the river Isar or in one of the city's approximately 350 squares. But they can't, at least for as long as restrictions on personal contact persist. The fact that the BR documentary 'Münchens schönste Plätze' (Munich's finest spots) is our right now is one of the few positive coincidences of the coronavirus crisis: the film by Michael Zehetmair and Wolfgang Binder was already complete before the extent of the pandemic could be predicted. Now, it offers a much-needed distraction, perhaps satisfying to some small extent the great longing for life outside the confines of our own homes. This documentary is no dry history of the city, but rather a charming stroll to the parts of Munch the two film-makers love most. It's packed with all sorts of details and information, but most importantly you can start to make a list in your head of the places you want to visit first once the crisis is over.

Munich has no shortage of series that capture the city's attitude to life – all the same you get the feeling that not much has changed since Helmut Dietl and his legendary 'Monaco Franze'. It could finally be time for an update: 'Fett und Fett' (Fat and Fat) is the name of the mini series that tells the story of Jaksch. He's in his late twentie, lives from day to day, and 'sandelt rum' as they put it so nicely in Munich wich means something like to be lazy or work very slowly. "Everything is generally OK," reckons Jaksch, yet he is always looking for something: for a job, structure, the love of his life – but most evenings he winds up at the Cucurucu bar at the Bahnhofsviertel (quarter) with a beer in his hand. The series is set in the summer and charmingly depicts everyday absurdities, and what it feels like to live in Munich as a slightly disoriented person in their late twenties. But 'Fett und Fett' is worth watching whatever your age or gender: because apart from the wonderful shots of Munich, including the Isar river, there's a little bit of Jaksch in every one of us.

Welcome to Munich! Learn more about Munich's most beautiful spots and its residents. 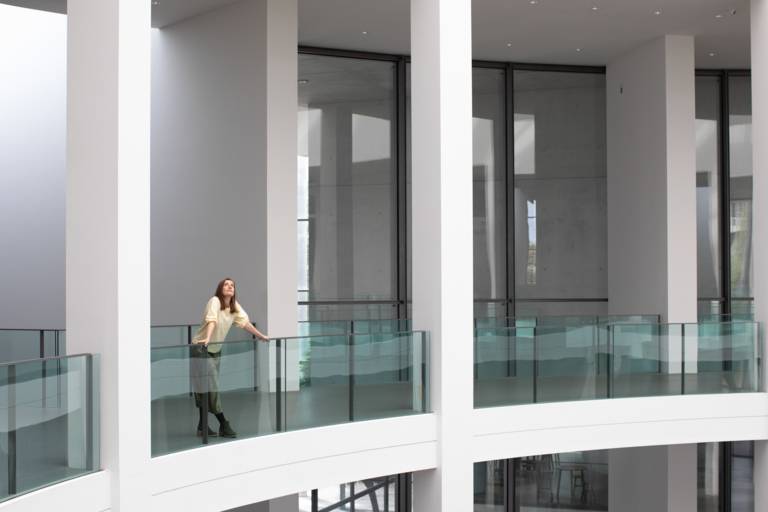 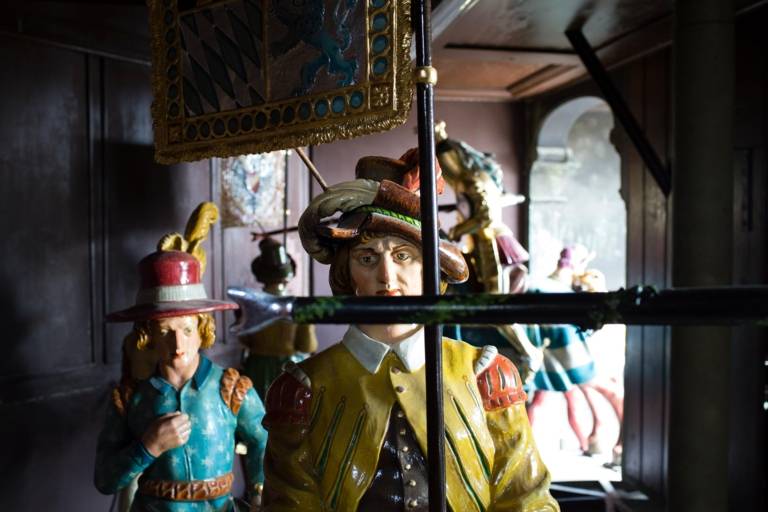 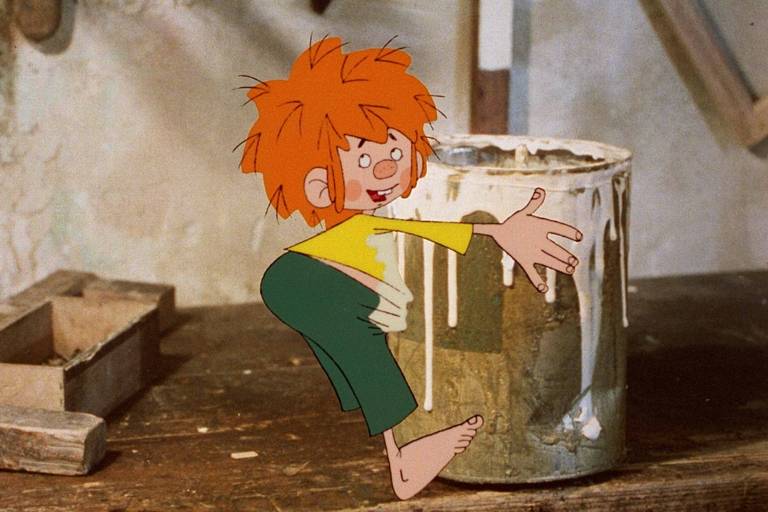 Munich's classics: Best of the archives 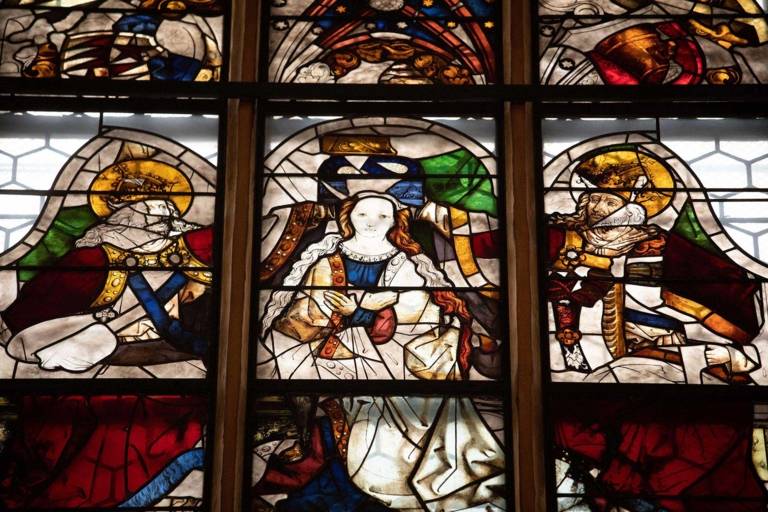 The most beautiful windows of the city 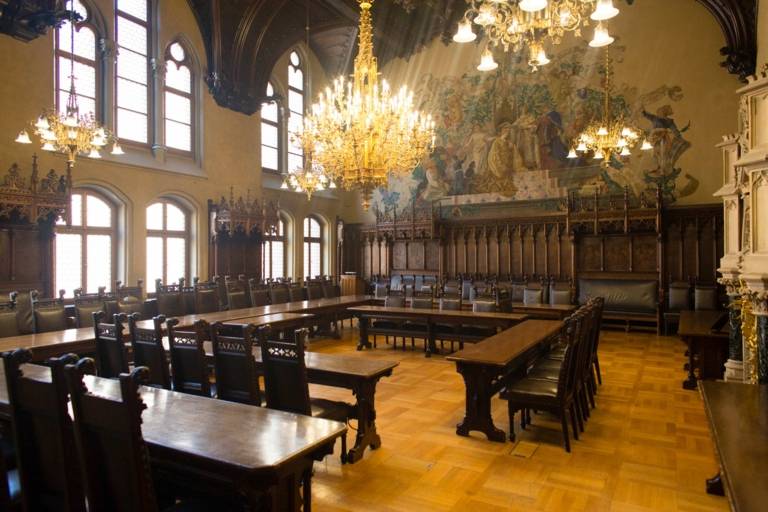 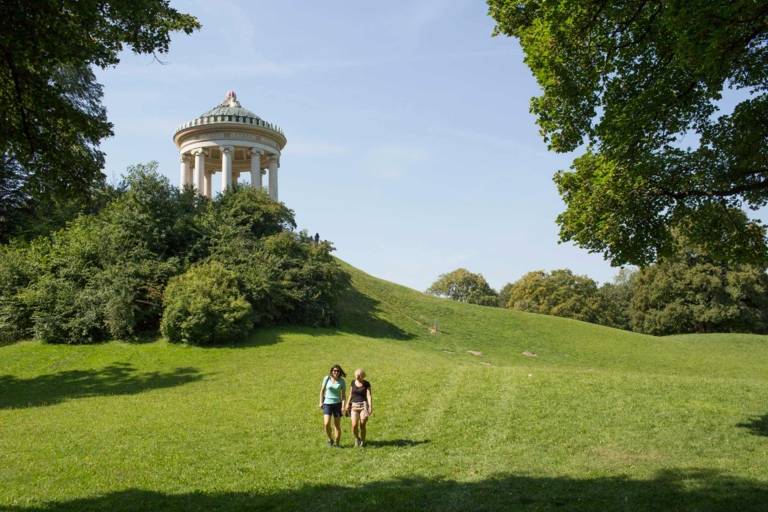 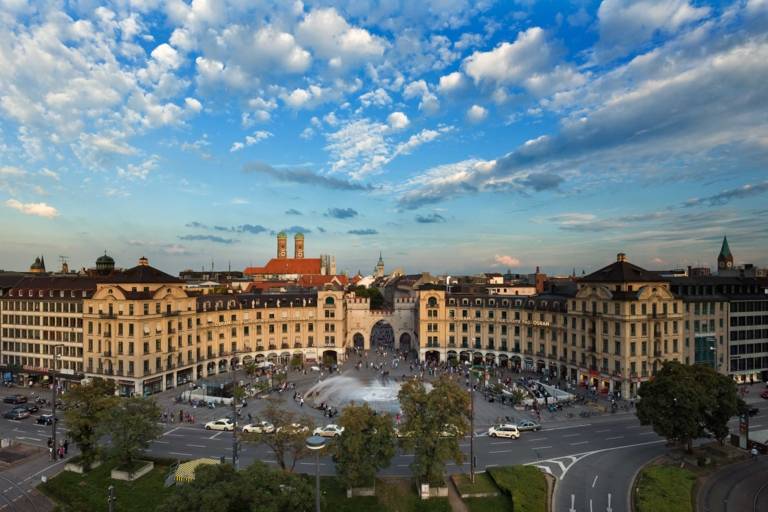 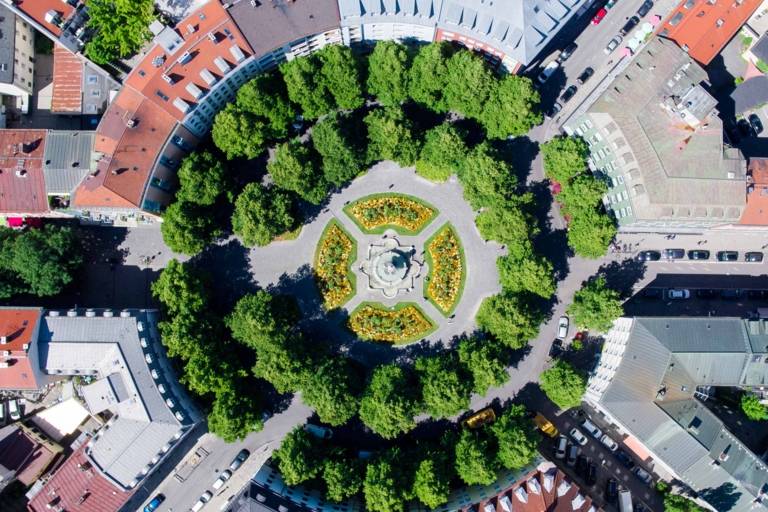 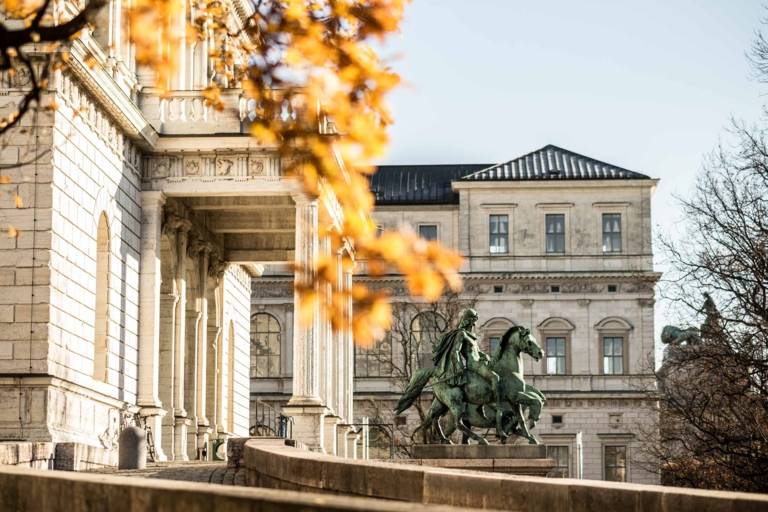 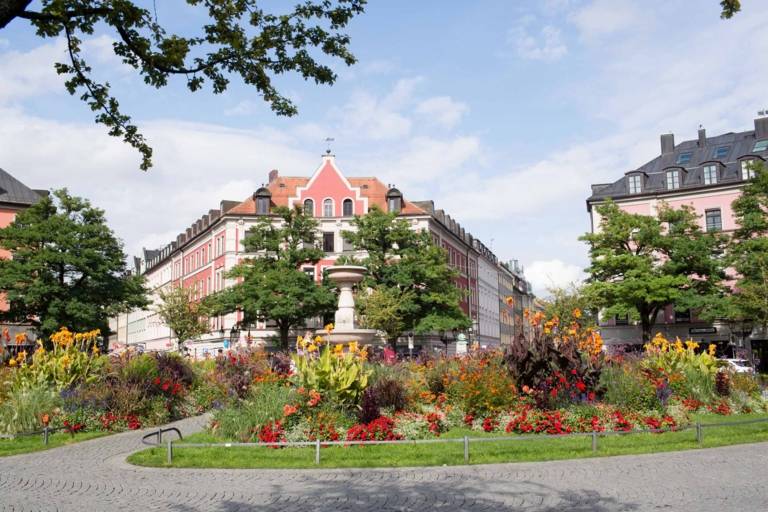 Get in and drive off is the motto on your next city break to Munich! 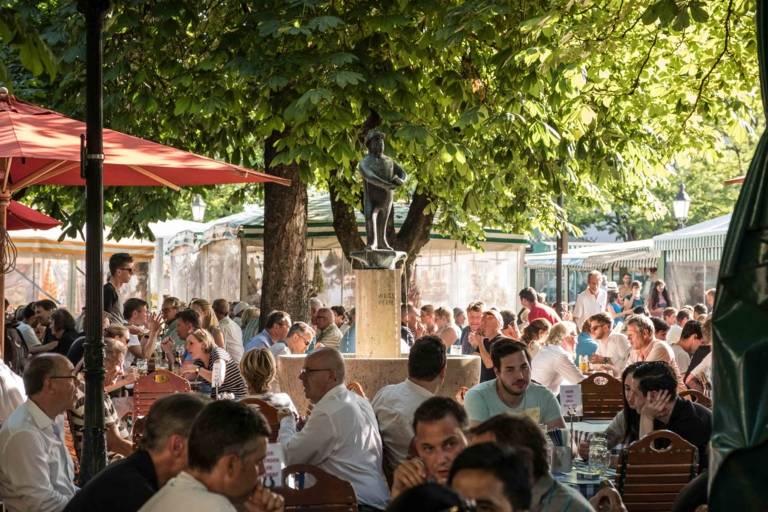 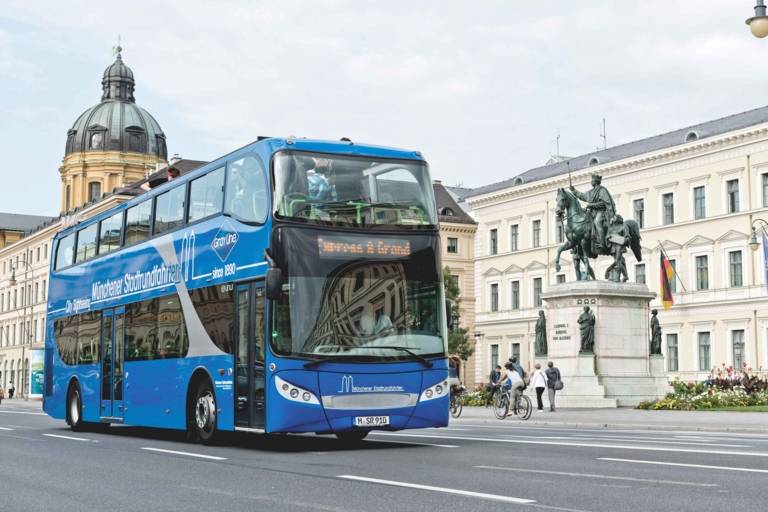 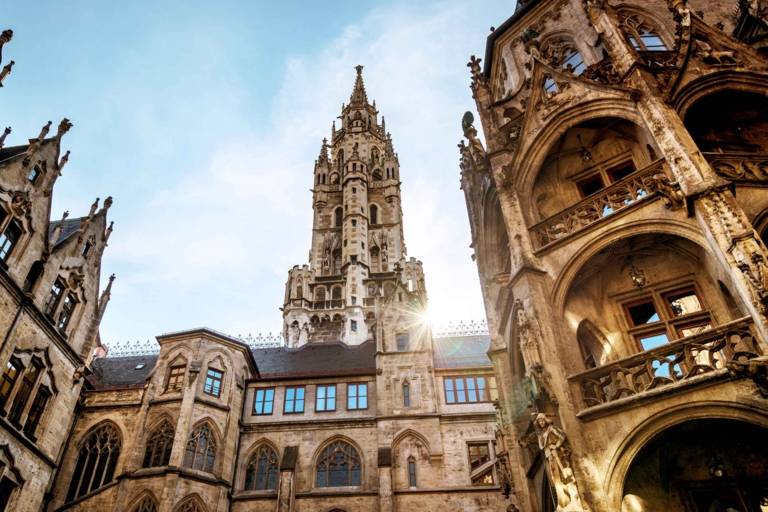 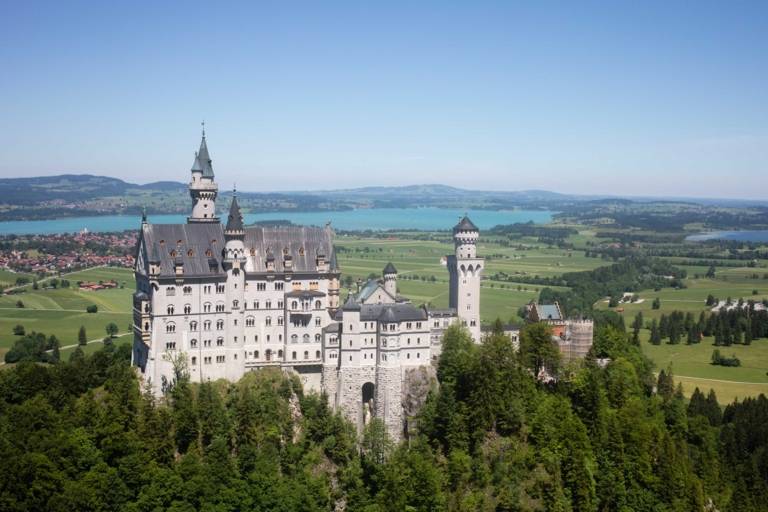 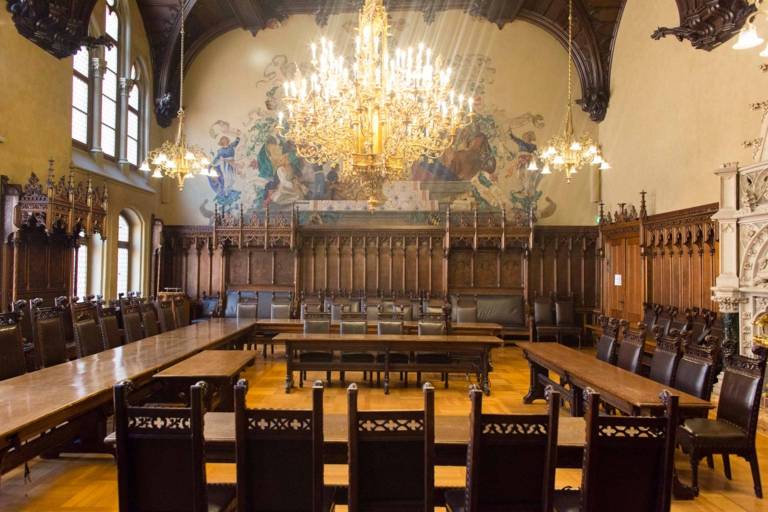 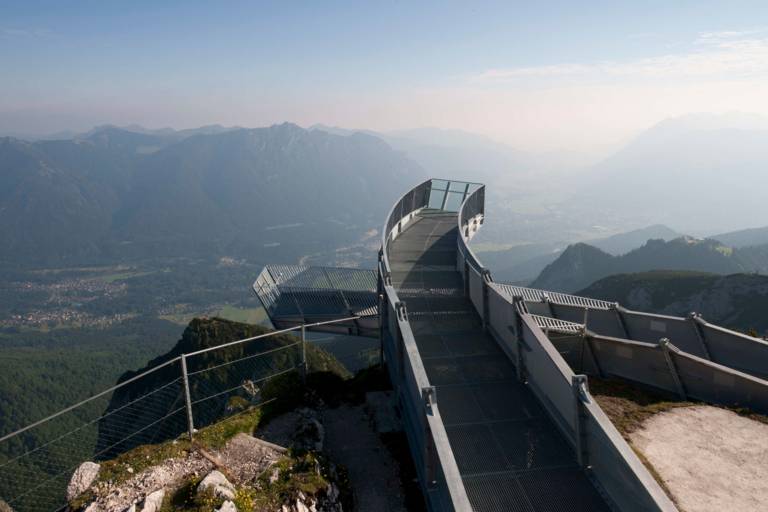 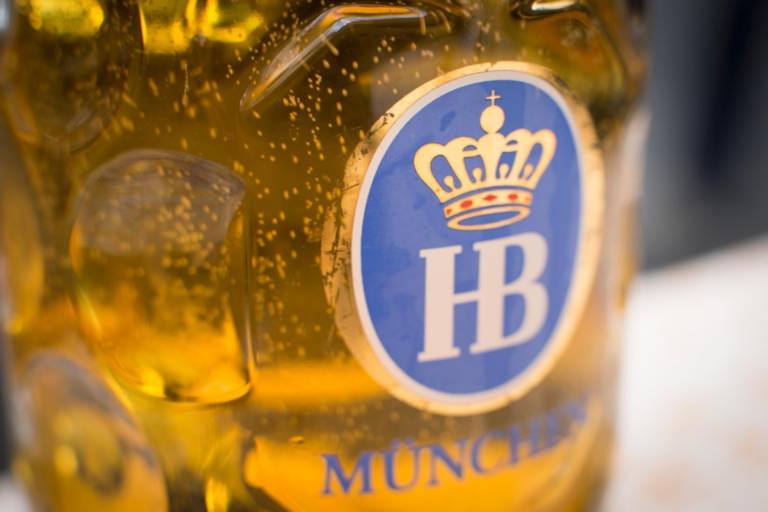